Podge I hear you say?

The story of Podge

Five times a year, by invitation only, Podge lunches are a chance for the leaders and influencers to gather for an agenda-free afternoon of networking at its most relaxed and enjoyable. Each has become a must-attend for the who's who of the creative (up north and down south), digital, sport and music industries. Each year a different agency takes on the challenge of creating a new theme for each lunch. Which means five agencies working on five different briefs, to create a jaw-dropping theme.The lunches might be relaxed but they have also been the start of a number of professional collaborations (and personal ones too, including two weddings and at least three babies that we know of). And because of their unique nature, they have continued to grow, and, have become a date pencilled into diaries almost as soon as the dishes have been cleared away.

The Podge rules
There are no raffles, no auctions, no long drawn out ceremonies. Podge is based around some simple principles: a fabulous venue, fabulous food, plenty of wine, all wrapped in a brilliant theme, and with great company from arrival to departure.

If we do have rules, we keep them simple. Nobody gets to choose who they sit next to (the semi-secret Podge committe does that) and half way through the lunch every other one of the 250 guests will change tables and mingle with another table of guests. Those that don't obey the rules don't get to come again. We make sure security are on hand to deal with any infractions!
Our ONLY aim is to encourage great people to swap stories and experiences, meet old friends and make new ones. Most importantly, we want Podgers to have fun.
The Podge conception
30 years ago at the Oval cricket club, in the company of six design luminaries, Phil Jones hadn't even considered giving the lunch a name. He was the co-owner of a type studio called APT, and the lunch had an ulterior motive. As the courses came and went, Phil came to realise something - the only time these people ever met was at awards evenings or in reception areas when pitching against each other. The idea of sharing knowledge with rivals over lunch was a complete no-no. The group spent a wonderful afternoon watching the cricket, eating, drinking and sharing stories. They vowed to do it again, but the upcoming recession put paid to that and it took Phil another 5 years to prise the diners out of their self-enforced state of hiding for the first proper Podge at Terence Conran's shiny new Quaglino's in 1994. Since then, Digital, Stodge, Sports and Music Podge have all been born, as have the Podge Mixers which merge our lunch guests together over a love of sport. So far we've tackled golf and cycling. And it's even got a passport and travelled as far afield as Amsterdam, Stockholm, New York, Hong Kong and Vienna.

Founder of the famous Podge Lunch and all its offspring, there 's no agenda other than to ensure those attending to have fun, share knowledge and connect with their peers.

I'm responsible for the development of our partnerships, ensuring they get bang for their buck and our attendees want to return again and again.

The so called technical brains behind the operation, I ensure all of our digital partners can go all out to add some creative digital magic to our lunches.

I look after the Podge A Team and everything behind the scenes to ensure it all runs smoothly. Finance, HR, admin. My three favourite words.

Founder and Creative Director of The Brilliant Path, I'am the go to guy for all things creative and podgey, including the Podge branding and the boss man Phil's.

I started life as an ad agency art director before making the leap into photography. I'm always up for a hair brain idea, whether Podge does bikes, golf buggies or goes abroad. 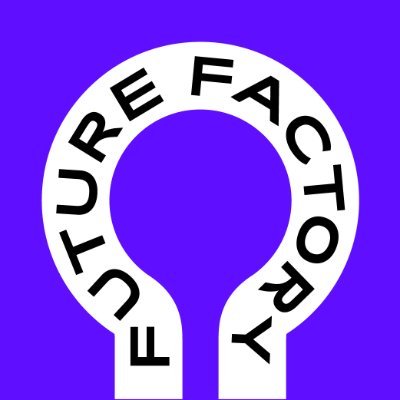 Know of anyone who is looking to kickstart a career in the creative industry? https://t.co/57Qnf0wD97

@Future_Words this bag has come in very handy! Ive got frank carrying the shopping today! Look mum, no hands!… https://t.co/AJbZgl3P7G

Almost time to check in!! Big thanks to @TheLoftLtd and @Jupiter_VC and @TheDrum for the amazing attention to deta… https://t.co/22qmpmz7at